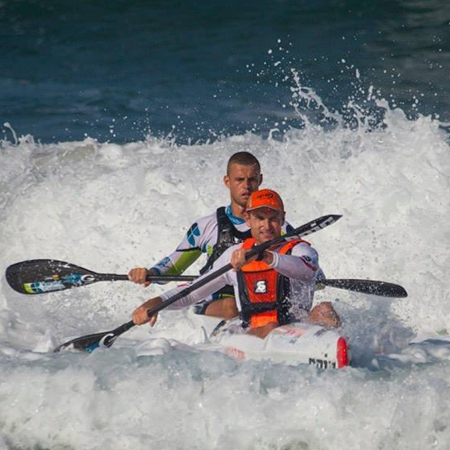 The formerly named Durban Downwind race has developed a cult following since it was launched and is run alongside the Ballito Pro surfing contest. This was the first edition of the Ballito Downwind and it was an exciting affair where the province’s best surfski paddlers took on the Indian Ocean, racing over 18km from Blythdale Beach to Tiffany’s Beach in Salt Rock. Barry Lewin, Ballito Downwind, event organiser said “Following up on the Freedom Challenge, the Ballito Downwind was delighted to use the NRSI SafeTrx app to track our race. With a likely race time of 70-100 minutes we were able to use the continuous tracking mode in the smartphone app to present high accuracy location and time information to organisers and online viewers alike!”
Back